So choice and competition amongst schools is one of the key elements that’s already been proven in places in like New Orleans and New York City and other places, where we have charter schools, where we take good teachers and we reward them and promote them….

Charter schools aren’t the only answer, but they’re providing competition. They are providing the kind of competitions that have upgraded both schools — types of schools.

And here’s some of what Senator Barack Obama had to say:

Charter schools, I doubled the number of charter schools in Illinois despite some reservations from teachers unions. I think it’s important to foster competition inside the public schools.

But then came the point of disagreement. 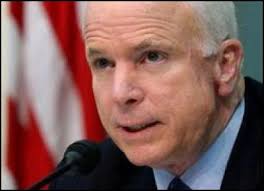 I’m sure you’re aware, Sen. Obama, of the program in the Washington, D.C., school system where vouchers are provided and there’s a certain number, I think it’s a thousand and some and some 9,000 parents asked to be eligible for that. 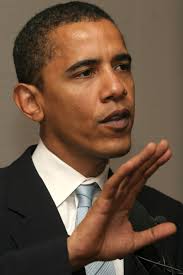 But the — but here’s the thing, is that, even if Sen. McCain were to say that vouchers were the way to go — I disagree with him on this, because the data doesn’t show that it actually solves the problem — the centerpiece of Sen. McCain’s education policy is to increase the voucher program in D.C. by 2,000 slots.

That leaves all of you who live in the other 50 states without an education reform policy from Sen. McCain. [emphasis added]

The data doesn’t show that it actually solves the problem? Senator Obama might want to take a look at this and dig a little deeper: Nearly all of the most rigorous academic studies documenting improvements in student performance through choice and system-wide performance through competition.

Or as McCain finally retorted, restating his opponent’s logic:

Because there’s not enough vouchers; therefore, we shouldn’t do it, even though it’s working. I got it.

Still, I think the eminent Jay Greene is right by putting the development of this nationally-televised exchange into perspective:

I don’t remember 20 years ago. But it is exciting to see how far school choice has advanced as an accepted major policy idea that helps students.